NO more Lag while Gaming.

FREE installation, with NO activation fees, NO contracts, NO data caps and NO throttling.

For consumers in rural Missouri, this news isn't a surpise, but it is a good lesson on why SEMO Electric Cooperative is moving foward with GoSEMO Fiber.

"The internet is not a luxury.

Last year a federal court defined it as a basic utility like running water or electricity, but in rural areas across America, high-speed internet often ends at the county line. 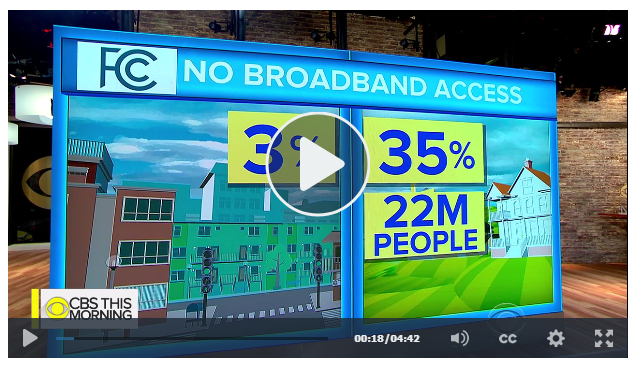 On Wednesday, August 2, 2017, U.S. Senator Roy Blunt (Mo.), a member of the Senate Commerce Committee, spoke on the Senate floor to recognize August as “Rural Broadband Month” and highlight the importance of expanding high-speed internet to rural Missouri. We appreciate Senator Blunt's support of SEMO Electric Cooperative's GoSEMO Fiber project.  Team SEMO has have several conversations regarding rural broadband with Senator Blunt and his staff in Missouri and Washington, D.C.  Please let Senator Blunt know you appreciate his support of broadband for rural Missouri.

Team SEMO’s Sean Vanslyke was invited to participate in Missouri Farm Bureau's Rural Broadband Working Group meeting in Jefferson City, Mo. Governor Eric Greitens and Director of Agriculture Chris Chinn both spoke at the event and encouraged the group to seek ways for broadband services to be provided to more Missouri families, farms and businesses. Vanslyke was able to meet privately with Greitens and Chinn to share SEMO Electric’s GoSEMO Fiber plan. Learn about the Missouri Department of Agriculture's MORE initiative, which aims to connect every last mile of Missouri to high-speed internet: Agriculture.Mo.Gov/more 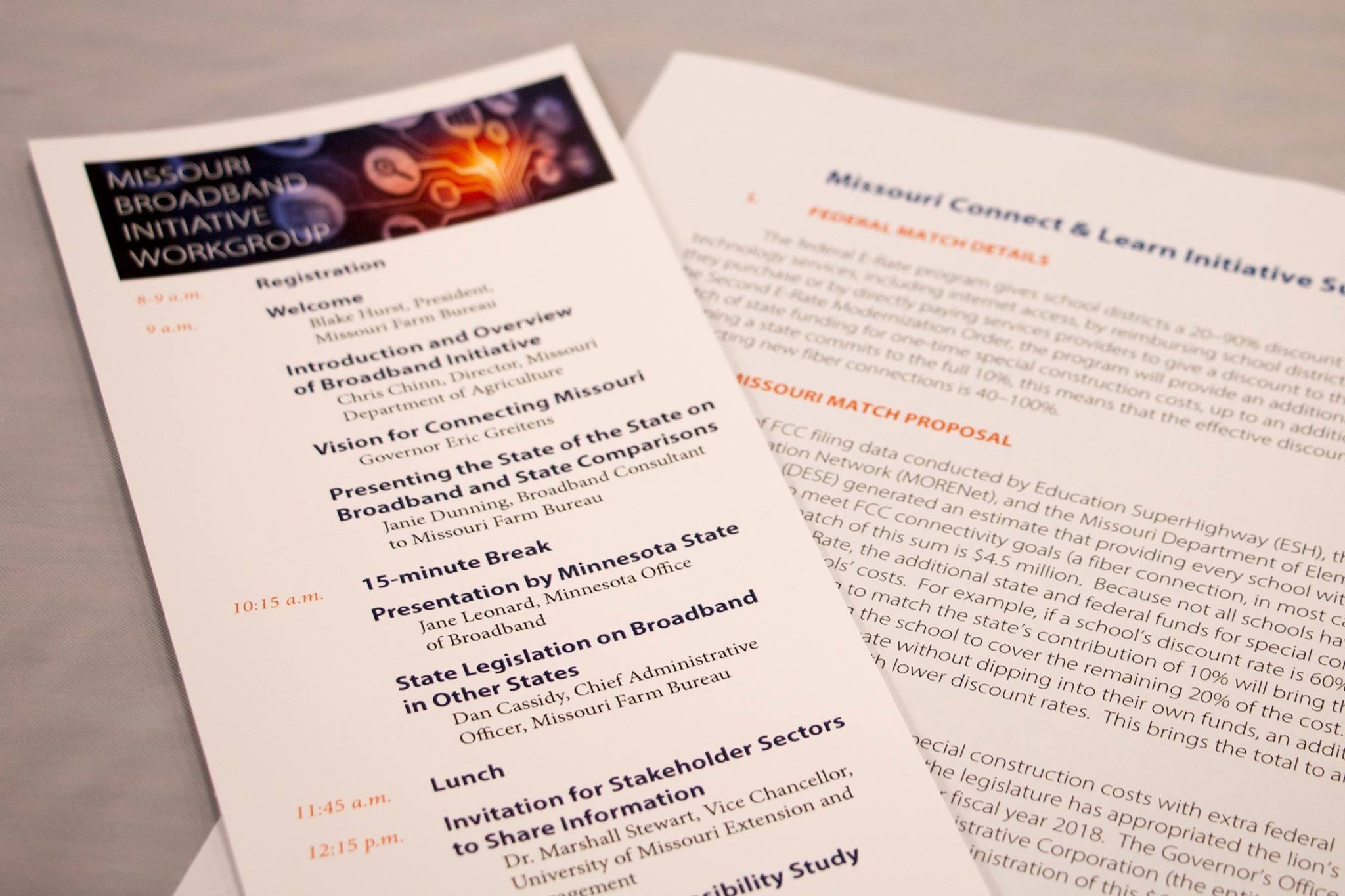 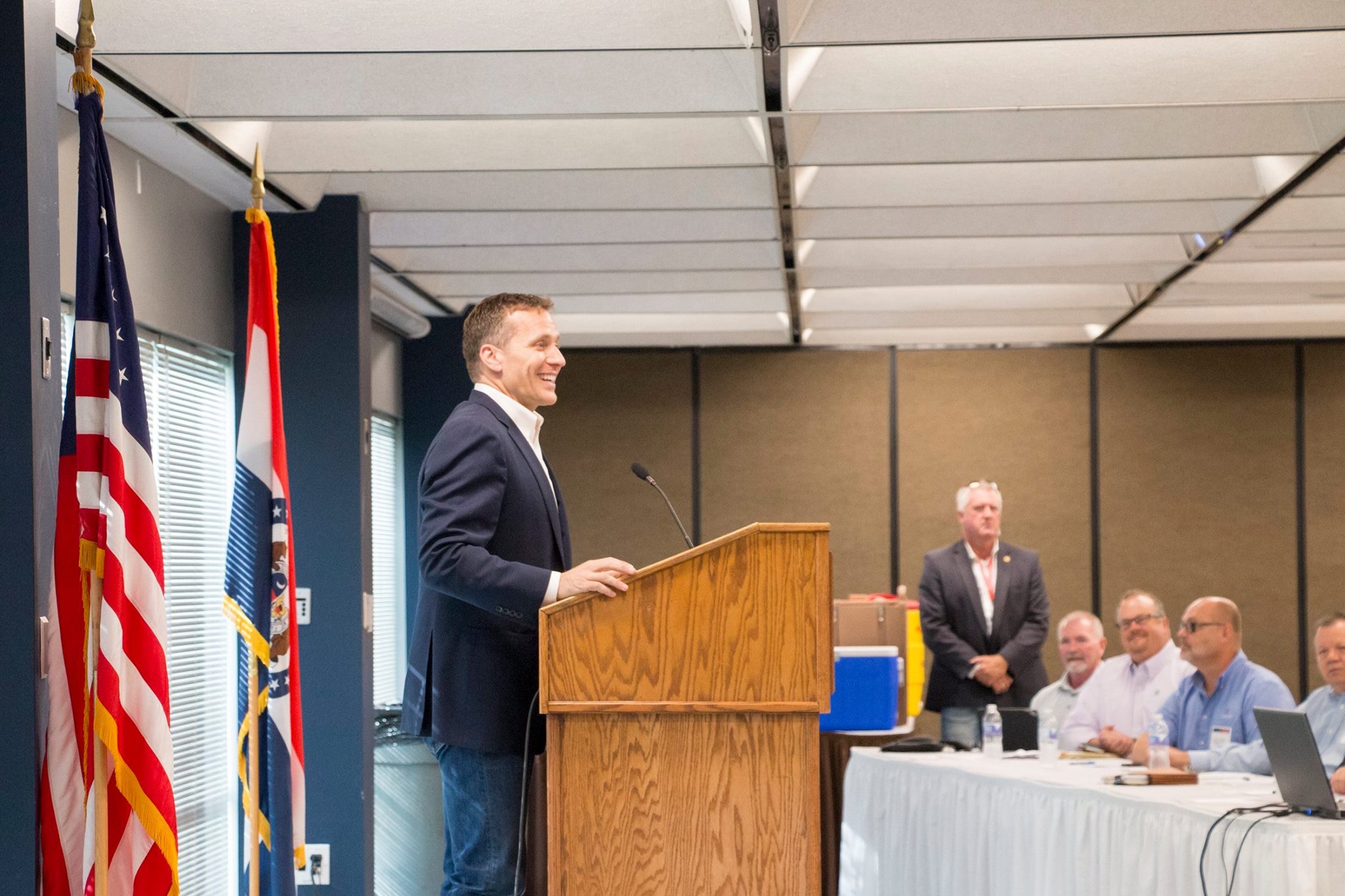 As we gear up for Phase 1 fiber construction, the first step is to prepare the electric system for the fiber deployment. This effort is commonly referred to as "make -ready" work. It entails replacing poles that may be too short, adding new guy wires and making lots of other adjustments so that SEMO Electric Cooperative's fiber-optic cable can be attached in a safe and efficient manner near the power lines. We are excited to announce that the first make-ready work was completed this week northeast of Miner, Mo. 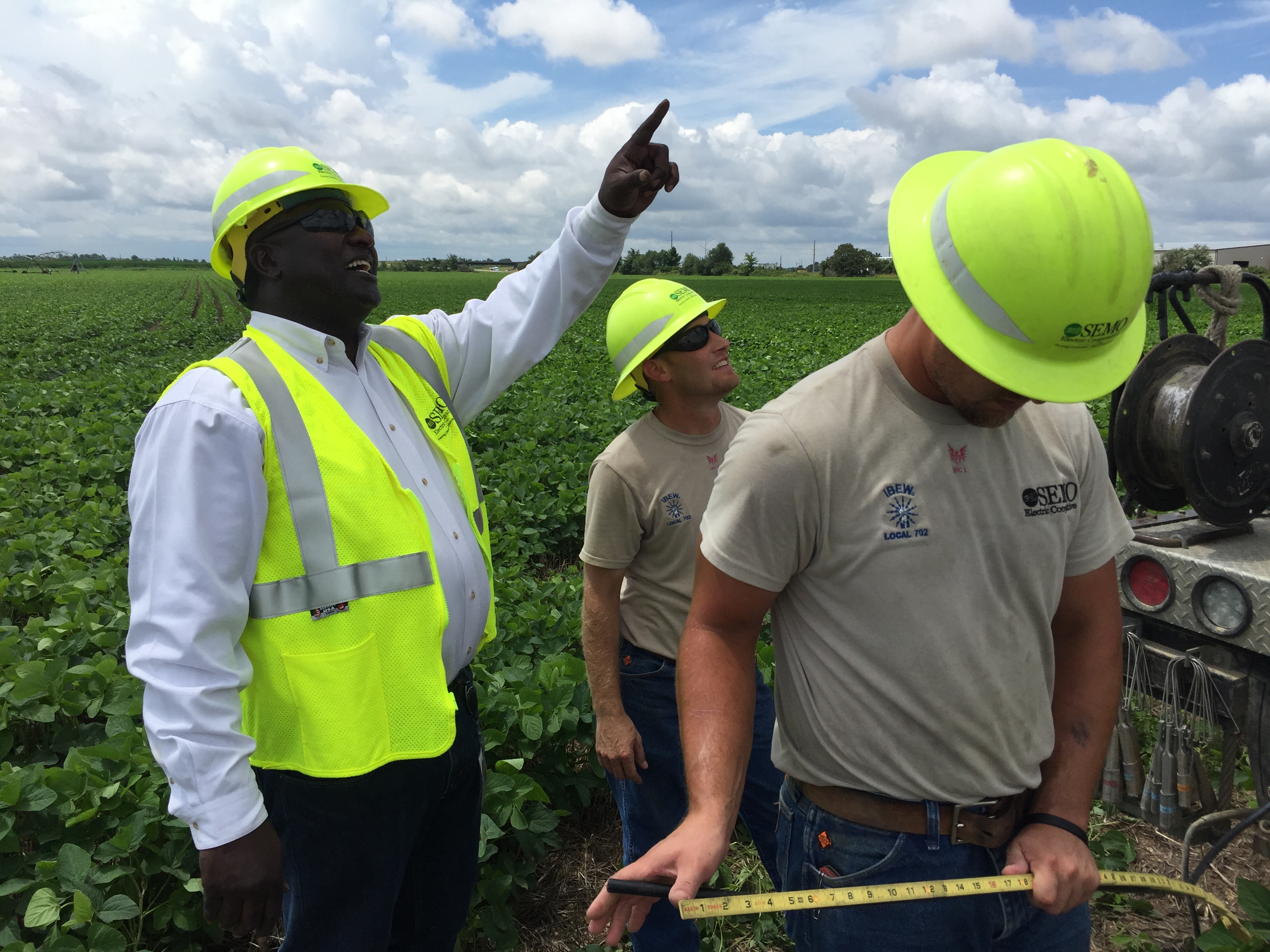 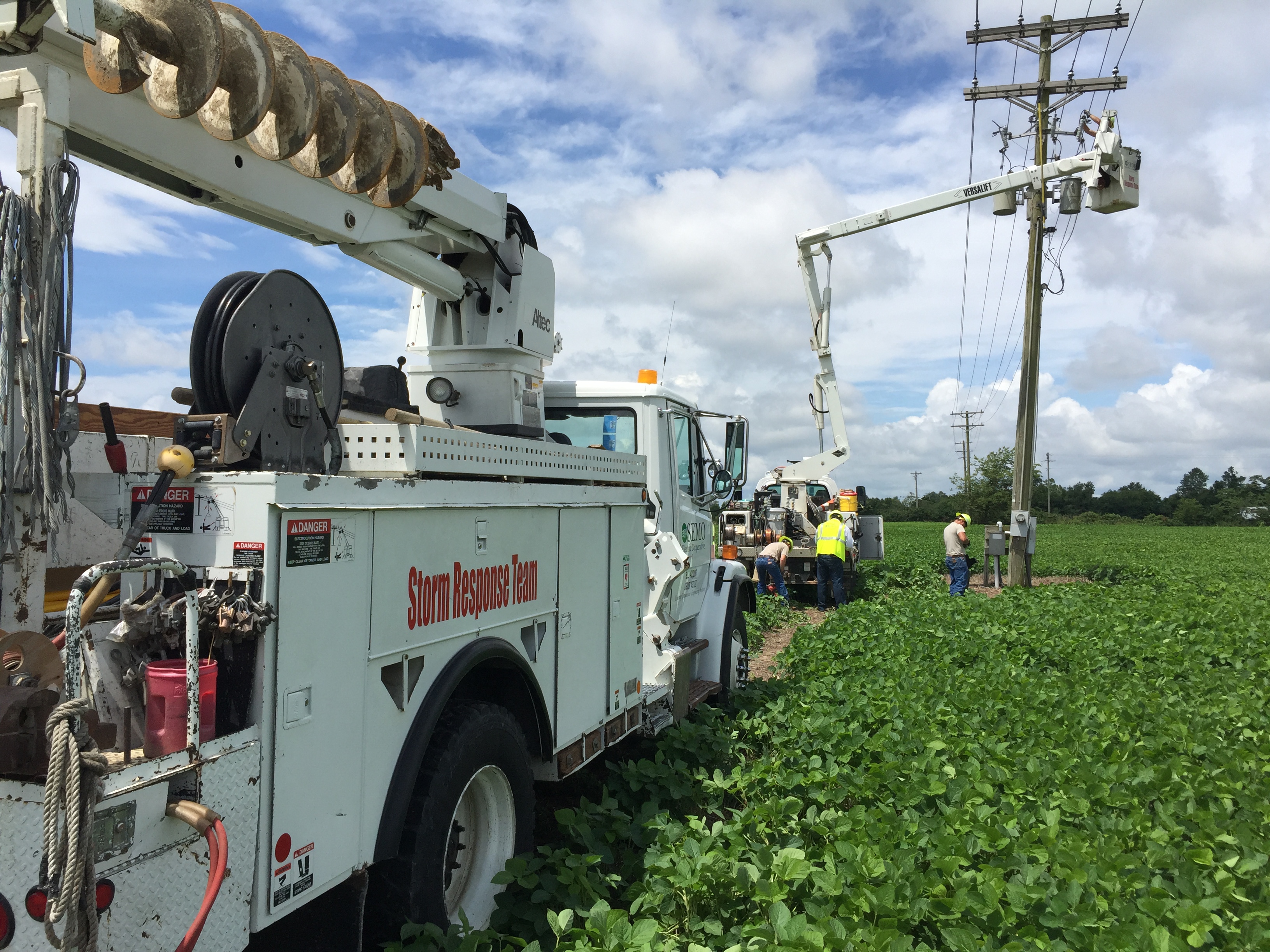 In the baseball world, a triple play (denoted as TP in baseball statistics) is the rare act of making three outs during the same continuous play. Triple plays happen infrequently – there have been 711 triple plays in Major League Baseball from 1876 through June 1, 2017.

In the technology world, a triple play is a bundle of three services for your home or business. Typically, the three services include fiber internet, high definition television and digital phone.

As we develop our Triple Play services for SEMO Electric Cooperative’s member-owners, we appreciate our cooperative family for sharing best practices. Team SEMO will leverage the knowledge of other rural electric cooperatives that have fiber-to-the-home (FTTH) experience so we protect co-op ratepayers and the financial integrity of the electric cooperative.

Here are two examples of Missouri co-ops making a difference in their communities: 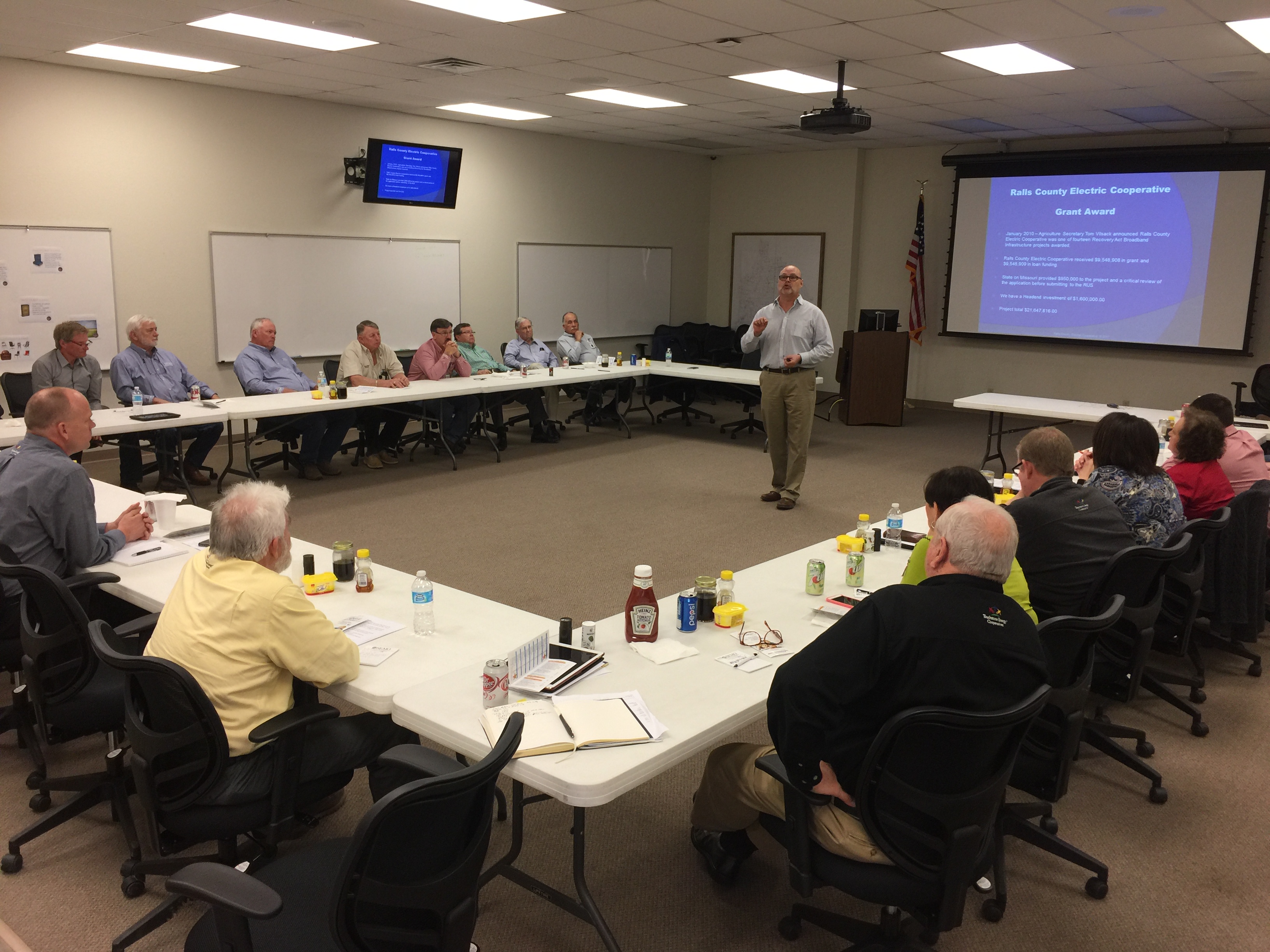 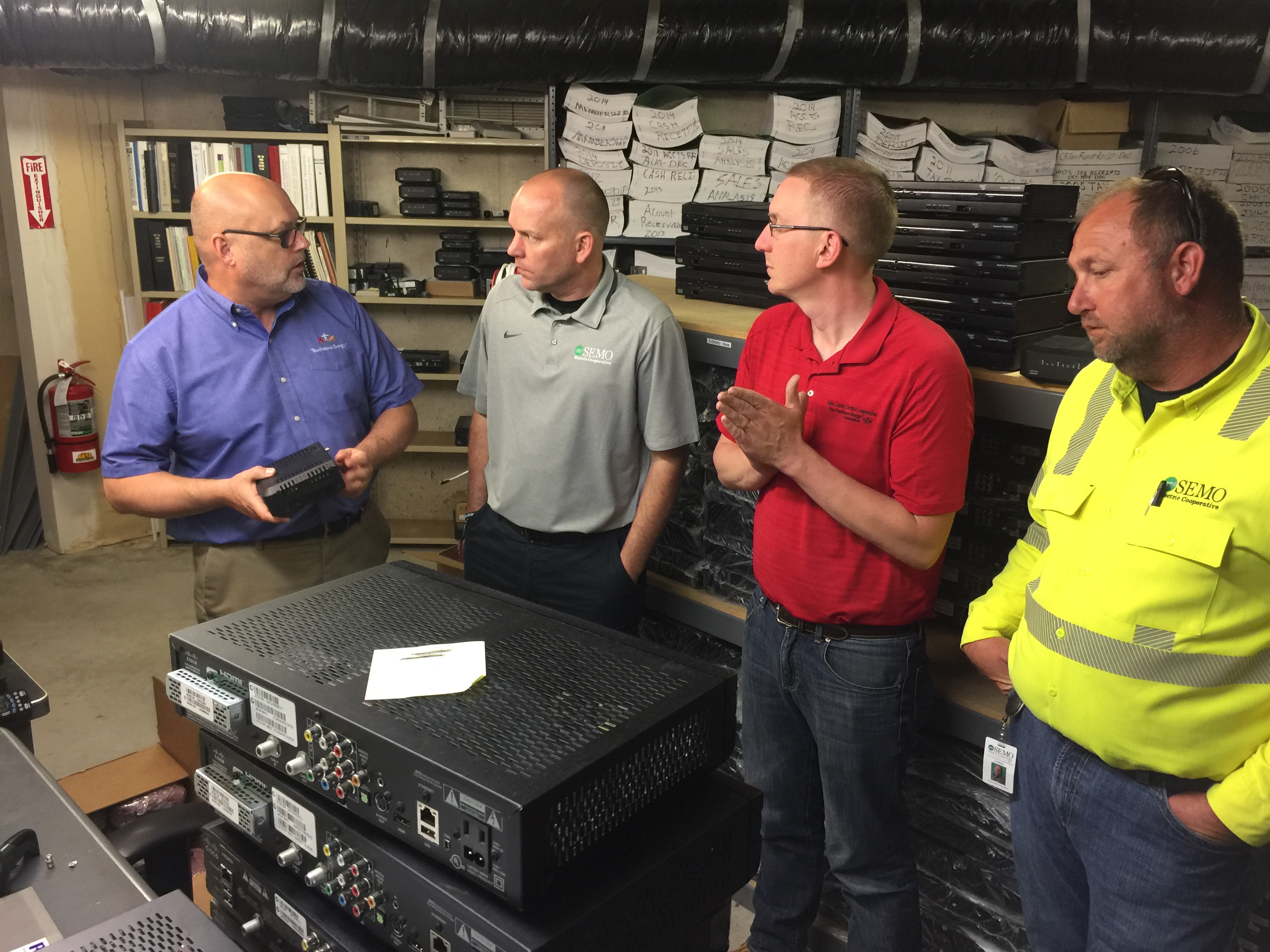 Callaway Electric Cooperative (CEC), based in Fulton, Mo., invited us for a visit in February. CEC formed Callabyte Technology to provide triple play services to homes and businesses in rural central Missouri. The company kicked off with a FTTH pilot project in the fall of 2015. The pilot was a success and they continue to expand. 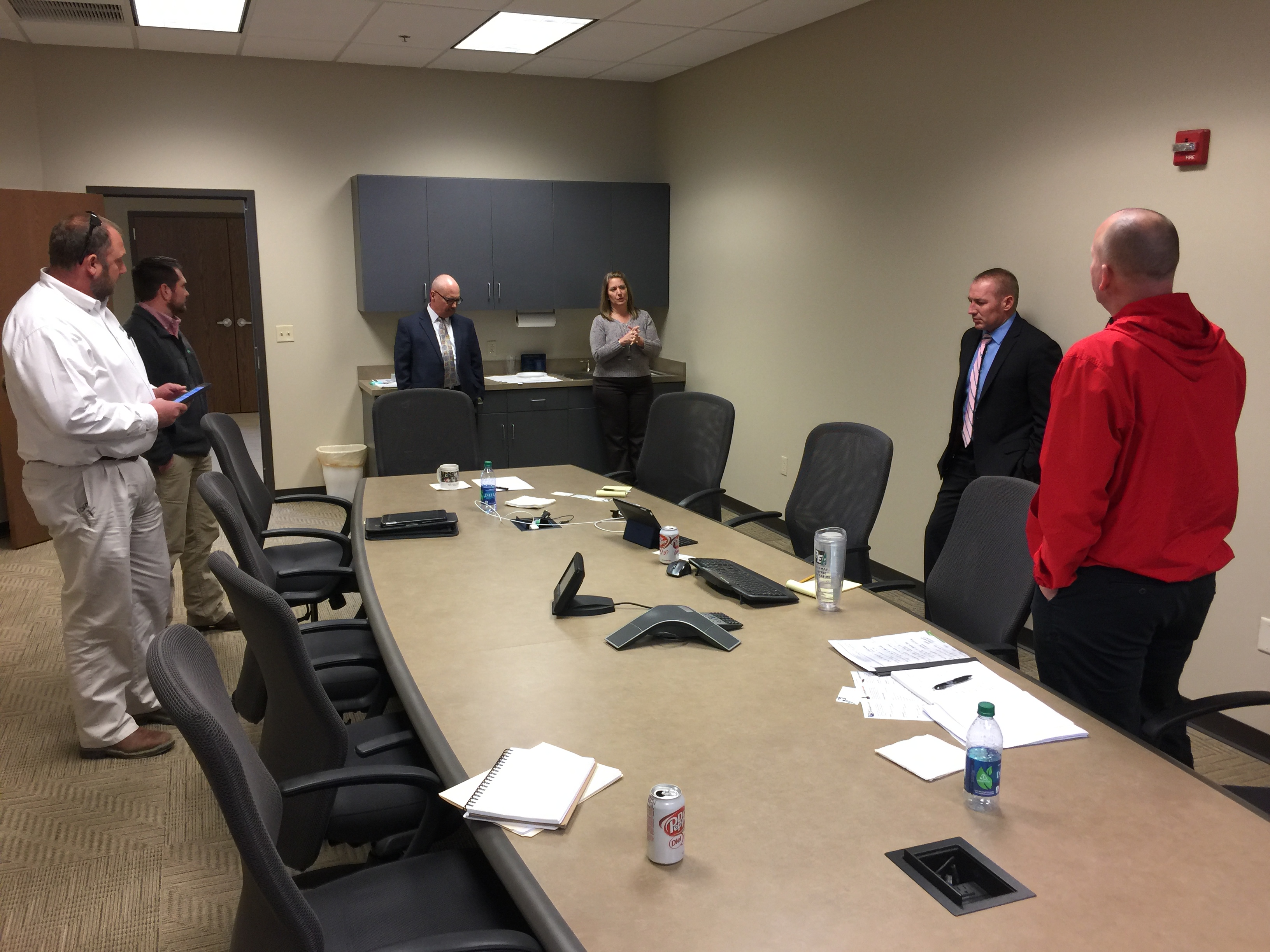 This week we held an all-employee (Team SEMO) meeting to provide GoSEMO updates. We discussed customer care, construction, technology infrastructure, finance, billing and the development of partnerships.  Since the board approved the first phase on March 22, we have spent numerous hours learning from others and organizing the business.

We have started to engage with various vendors and equipment suppliers. In some cases, there is a four-month lead time on equipment. Besides working on our first construction phase, we are developing flow charts and process maps for customer and member care. 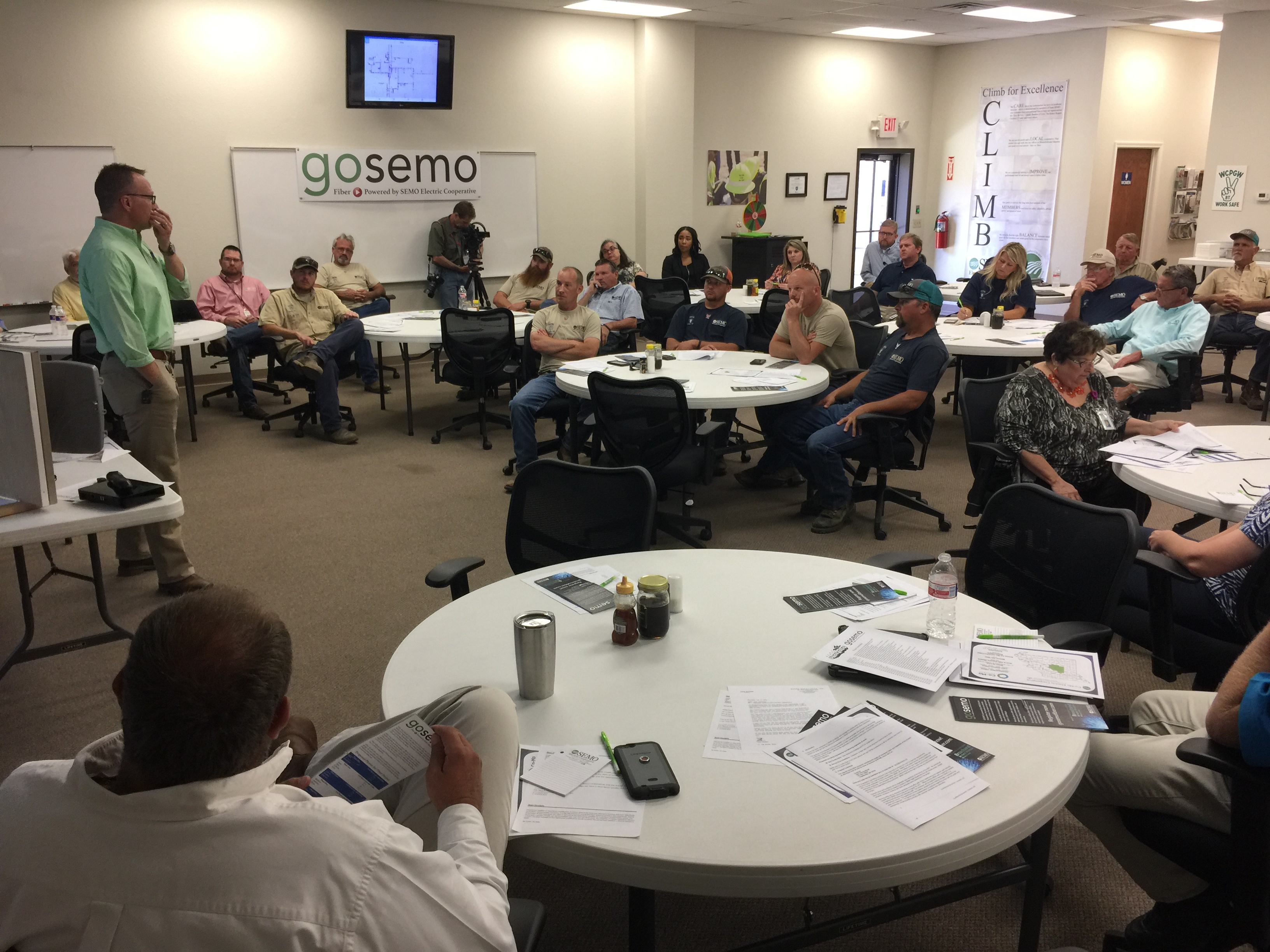 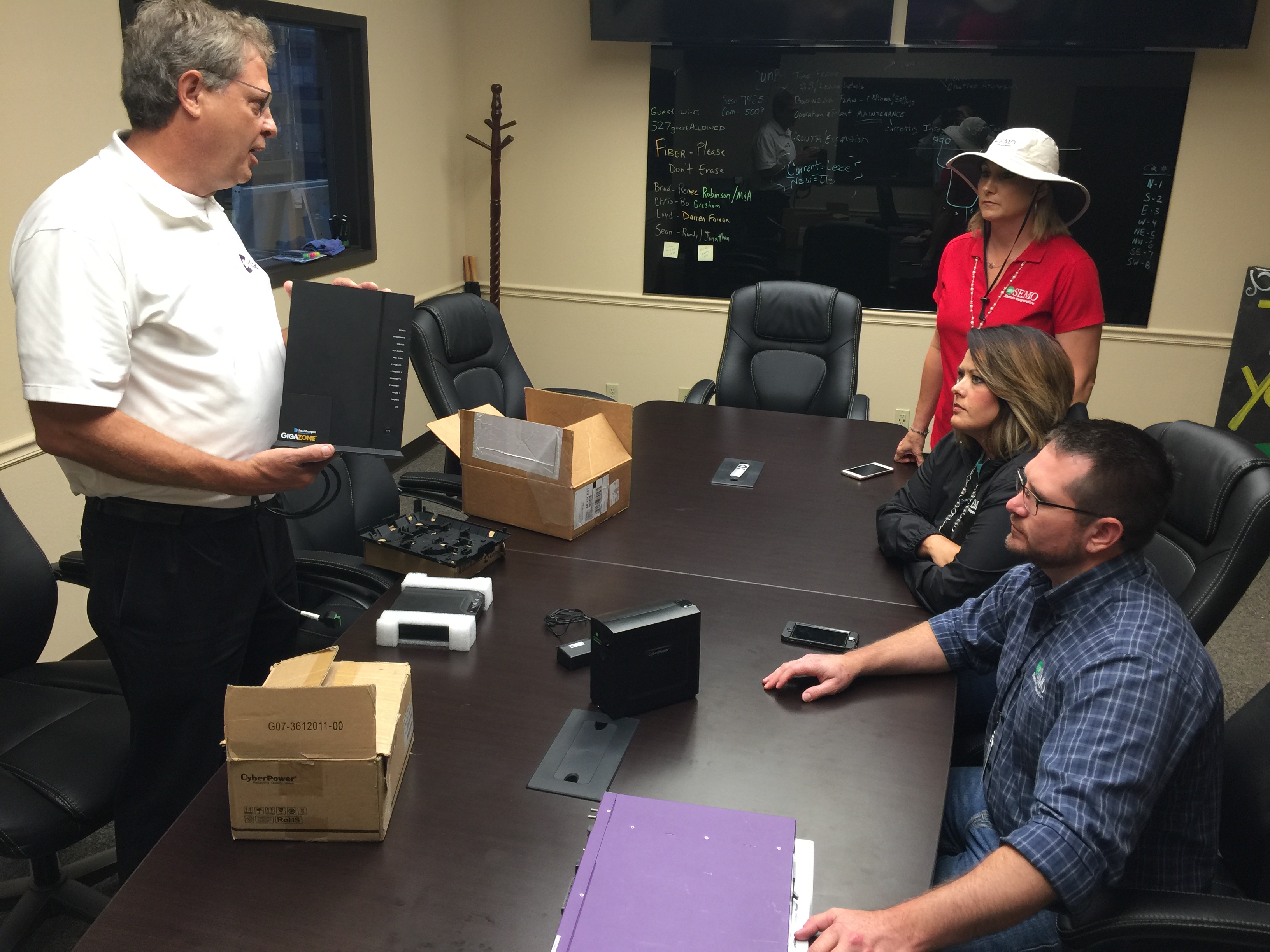 SEMO Electric Cooperative has contracted Conexon to design and manage the construction of a fiber to the home (FTTH) network for smart grid and the delivery of broadband to SEMO Electric’s members and other subscribers. Therefore, a Request for Proposal (RFP) has been developed to solicit proposals and pricing from various fiber construction companies to build the segments for Phase 1 of the project.  Contractors performing well on Phase 1 will have the opportunity to extend the construction contract into future phases at SEMO Electric’s discretion.

The original and/or electronic proposal must be received not later than 5 p.m., July 6, 2017, or the proposal will otherwise be disqualified.  We anticipate that the provider whose proposal is the best solution for this project will be selected by July 11, 2017. We will notify all providers, whether they are disqualified or unsuccessful. Upon notification, the contract negotiation with the winning bidder(s) will begin immediately.  Contract negotiations are scheduled to be completed by July 25, 2017 and construction scheduled to start by August 4, 2017.

For all questions or to request a RFP, please email Conexon at randy@conexon.us

We made a visit to Co-Mo Electric Cooperative’s Co-Mo Connect facilities in Tipton, Mo., to learn best practices for providing internet, HD TV and phone services. Co-Mo Electric was one of the first electric cooperatives in the nation to offer broadband services to its members. As we work towards our construction phase, we are gaining knowledge from our cooperative family so we can deliver fast and reliable service to you. 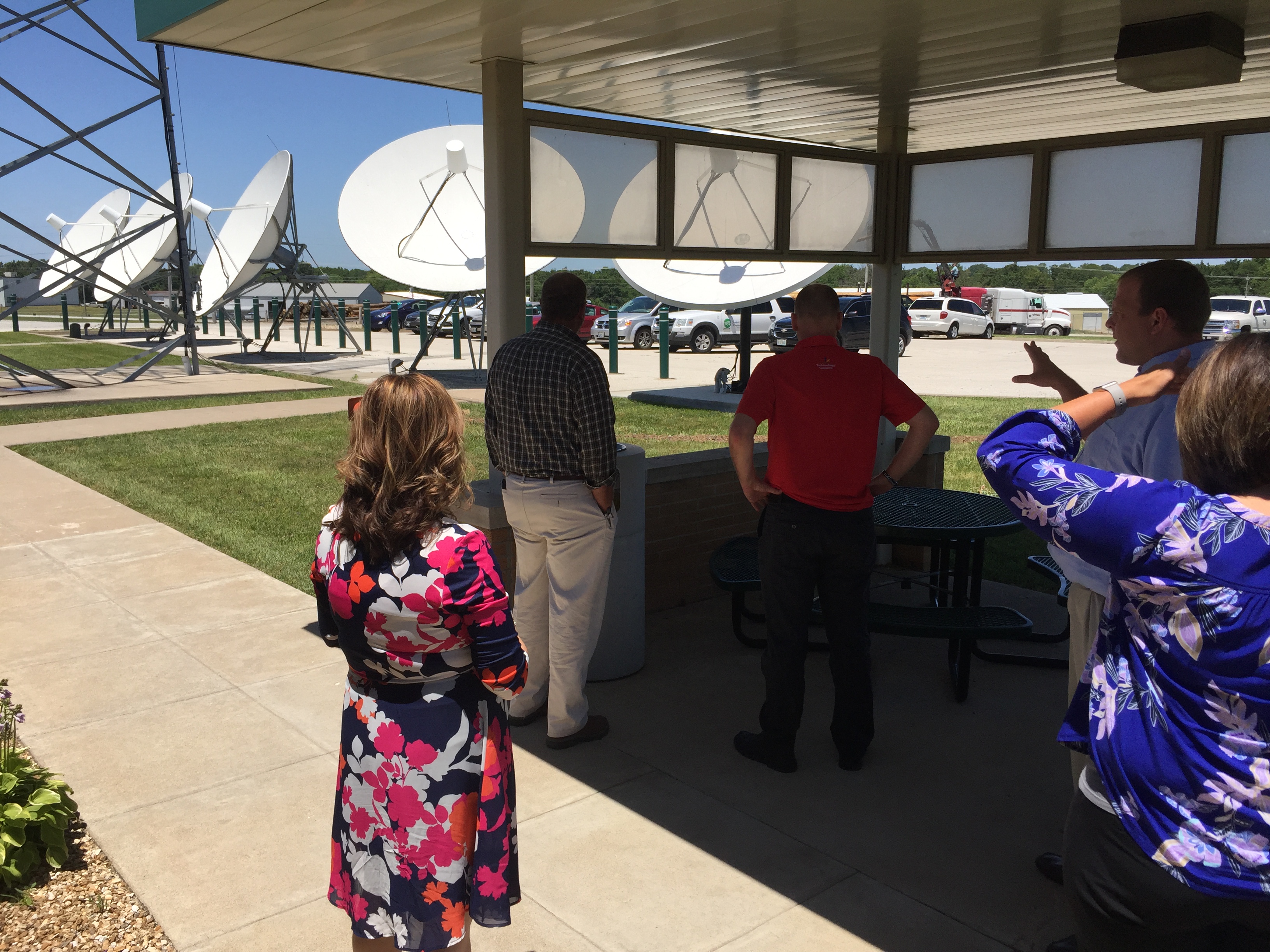 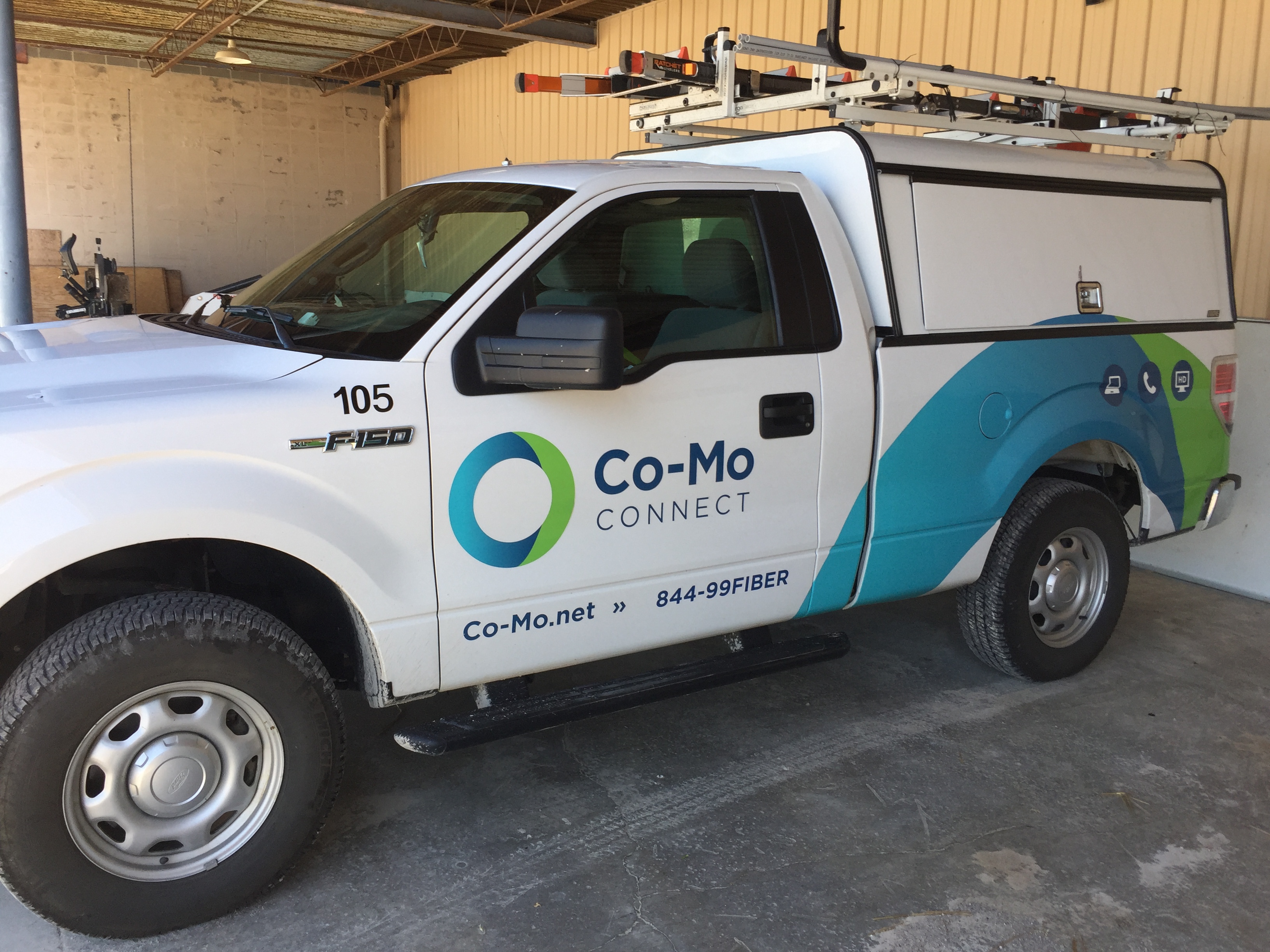 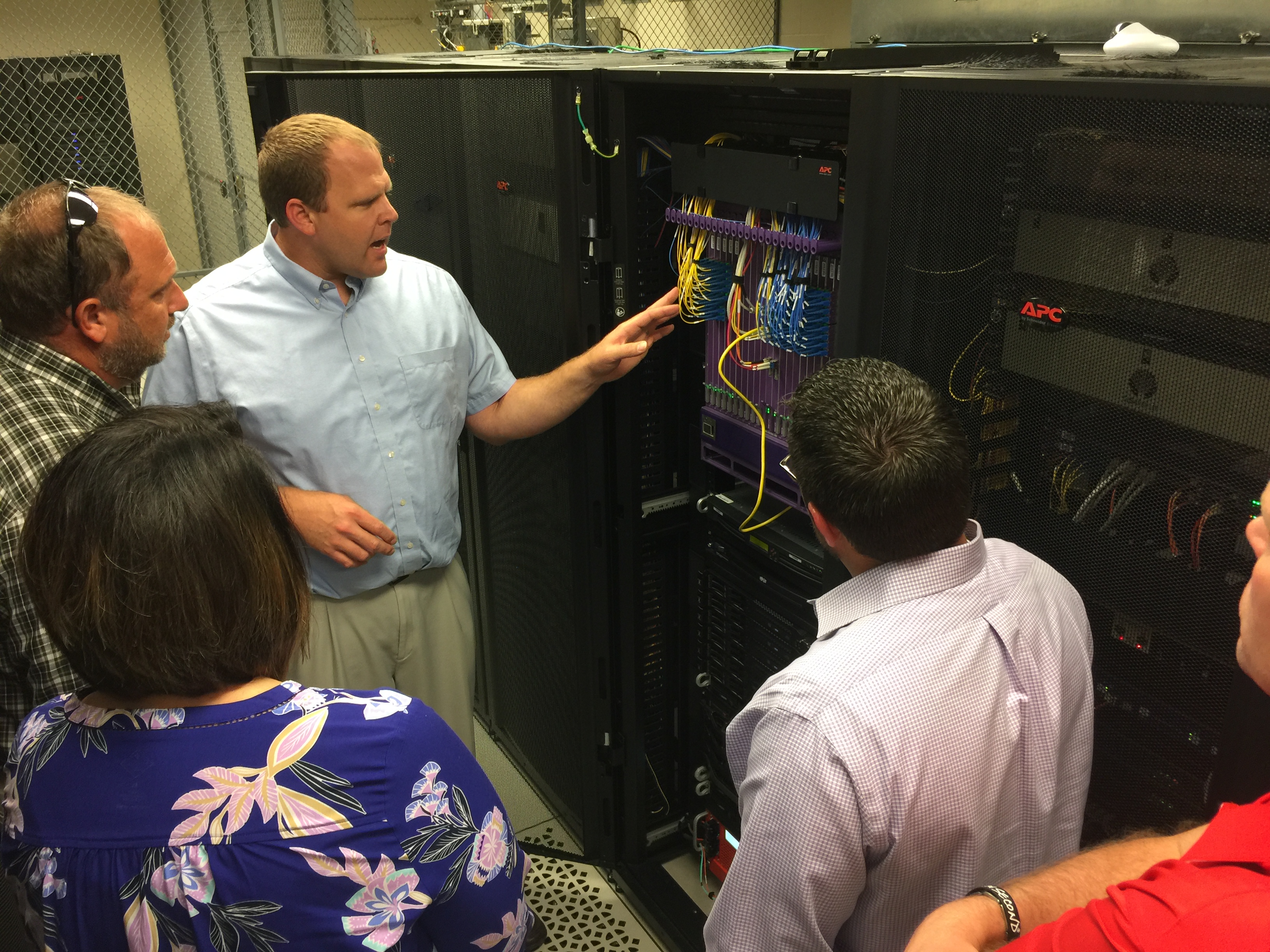 Confucius said “It does not matter how slowly you go as long as you do not stop.” We are taking the necessary little steps to bring broadband to southeast Missouri. SEMO Electric Cooperative’s team continues work on fiber design specifications, accounting and billing processes, and a construction RFP to ultimately install more than 2,600 miles of fiber. There are many steps in our journey, but we moving forward.

Hey, Hey! We passed a small milestone this week as word of mouth has pushed more than 200 people to show their interest in our mission at gosemofiber.com. Let’s keep it going. Help us spread the word and let people know we need their support. 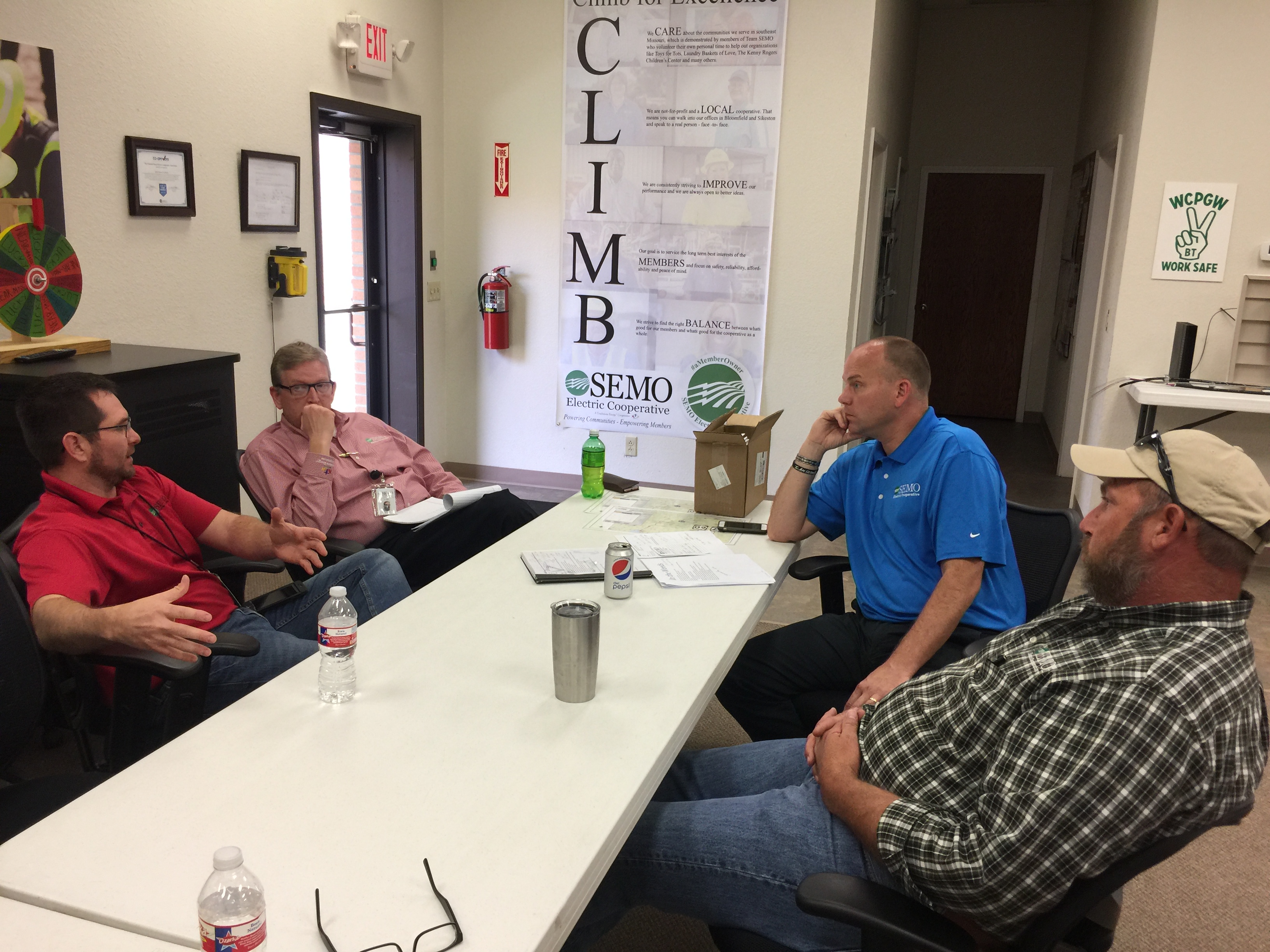 What is the fiber difference?

Fiber-to-the-home means that a fiber optic cable, which carries internet, TV and telephone services, runs directly into your home. How is this different from what you may have now? It's pretty simple. Most likely, your current provider uses fiber optic cable, but only reaching a pedestal or hub in your neighborhood. Maybe even farther away.

Then, a copper wire carries service to a box on the outside of your home, and then to ports/jacks inside, where you connect your devices. This is where significant internet speed and reliability is lost. Fiber optic cables are made of glass and contain many strands, which makes the capacity almost limitless. Copper cables have been around more than 100 years and aren’t built for today’s needs. They are also susceptible to signal deterioration due to age and environmental conditions.

In a FTTH network, the fiber optic cable runs into your home and directly to a device called an optical network terminal (ONT). The ONT then provides service directly to your devices via wired or wireless connection. There is no changing of wires or cables during this process. So, in essence, you're getting game-changing internet speeds, full HD television and crystal clear phone reception, through a single cable, directly into your home and to your devices.

We can’t wait to bring fast, reliable Internet and other premium services to southeast Missouri. We also know that you probably have a lot of questions about GoSEMO Fiber. Please see these FAQs, which can hopefully give you a better understanding of what this offering all about.

On Monday, SEMO Electric Cooperative’s board received a GoSEMO Fiber update and approved operating agreements between SEMO Electric and GoSEMO for fiber construction and fiber lease. In addition, the board reviewed fiber design work for the first phase. It will take several months before construction will start, but construction make-ready design efforts are underway. Make-ready is the shorthand for making a utility pole ready for new attachments.

The Miner Convention Center served as the host site for SEMO Electric Cooperative’s annual meeting on May 15. To the excitement of those in attendance, SEMO Electric’s President Rick Faulkner announced that the board approved a plan to install fiber-optic cable to connect substations and offices to increase the reliability of electric service to members. Plus, if all goes well, he said the plan is to provide fiber-to-the-home (high-speed internet) for the cooperative’s members.

“It may take several years, but we will take it one step at a time,” Faulkner said. “Much like we did with electricity in 1938, we’re going to provide real, affordable broadband for rural residents in southeast Missouri.”

During the business meeting, four directors – Myron Hawes, Dicky Hanor, Dennis Fowler and James Deneke – were elected to the cooperative’s board to serve three year terms to help guide SEMO Electric’s strategic direction. Prior to the business meeting, entertainer Maggie Thorn sang original songs and some old favorites to the large crowd as they snacked on popcorn. 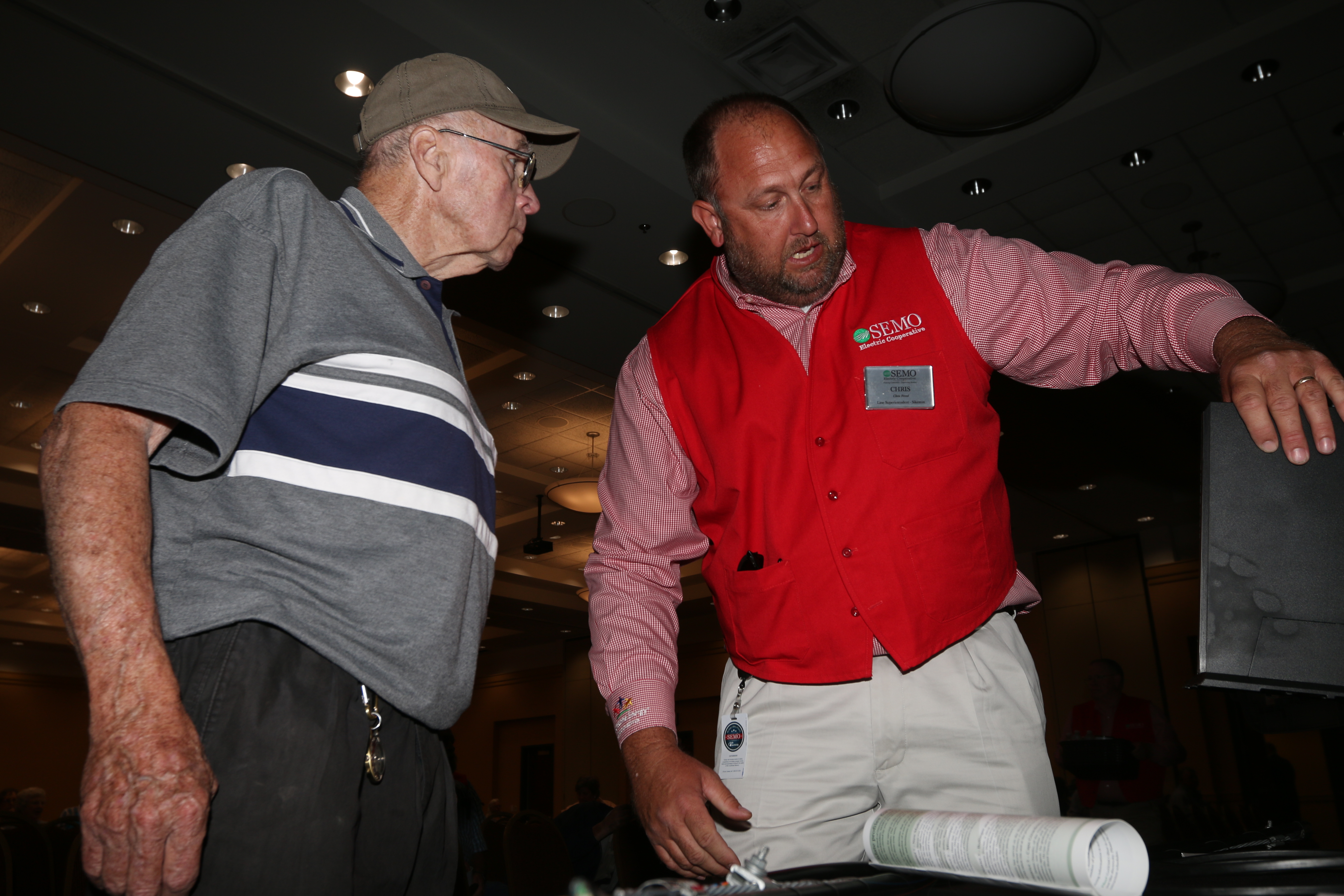 Just How Fast is Lightning-fast?

We are working on a plan to deliver fiber internet service to SEMO Electric Cooperative members, and we're thrilled to get things started. But just how fast will our advanced technology allow us to make your online world?

It's exciting technology, and we're glad to bring it to you.

During a special board meeting of the Board of Directors of SEMO Electric Cooperative, Inc., on March 22, 2017, the board conducted a final review of the fiber to the home feasibility study and held a discussion regarding fiber construction. Then, the board unanimously voted to move forward with phase one of the fiber plan.

By connecting substations and offices with fiber-optic cable, the Cooperative will create an intelligent grid that will provide it with more down line automation capabilities, ultimately increasing the reliability of electric service to members. Also, this endeavor falls in line with the Cooperative’s purpose - “powering communities and empowering members.”

Since the Cooperative serves more than 2,600 miles of line, this will take some time. The entire build out will take several years. The approved plan is to begin with a portion of the territory and build out from there. Only the first phase was approved by the board.

While the Cooperative is not ready to announce its first build location, it anticipates starting with substations in Advance, Bloomfield and Miner. A number of factors are considered to help decide the build-out order. Those factors include density, total cost, cost per home or business passed, number of potential subscribers, cooperative communication needs, office locations and revenue projections. The Cooperative will evaluate the success of each phase as the business moves forward. The Cooperative asks members to be patient as it works on fiber design for route maps, infrastructure make-ready needs, splicing diagrams and construction schedules. 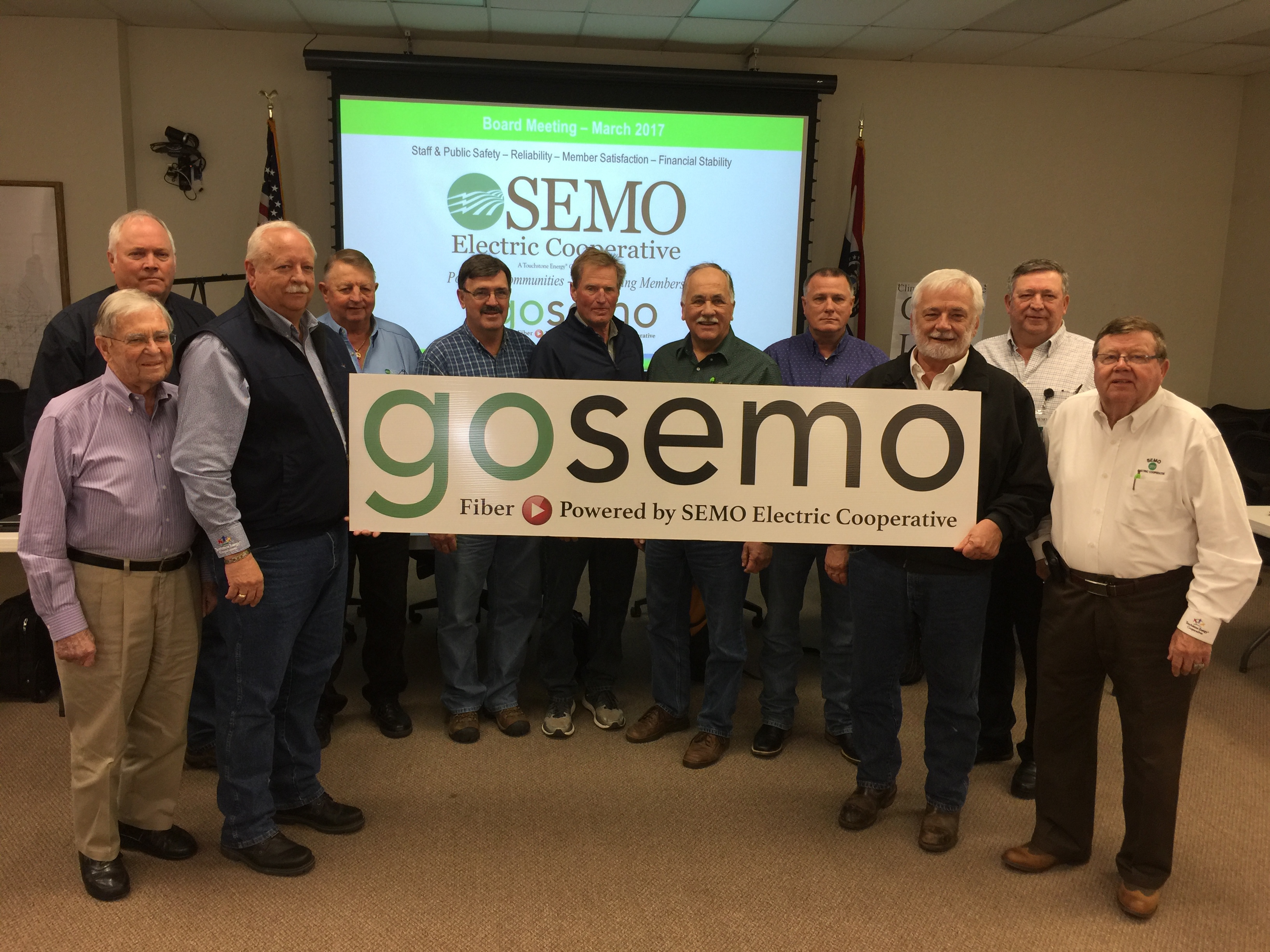