Get fiber-fast internet brought directly to your home, small or large business, farm, church or school. It's fast, reliable and affordable. 💻🏠

📞 We offer residential and business phone plans. HDTV with our own local channel 95.  📺

Free installation, with No activation fees, No contracts, No data caps and No throttling.

Team SEMO visited Sho-Me’s headquarters and network operations center at Marshfield, Mo., to affirm the technology co-op’s focus on reliability. Sho-Me Technologies is a subsidiary of Sho-Me Power Electric Cooperative in Marshfield, Mo.  Sho-Me Technologies operates an advanced optical network in Missouri. What began as an upgrade to the extensive internal communications network has now grown to encompass over 4,200 miles of fiber optic connectivity. With over 120 Points of Presence, including one at SEMO Electric’s office in Sikeston, Sho-Me Technologies boasts the highest coverage of optical bandwidth in the area. 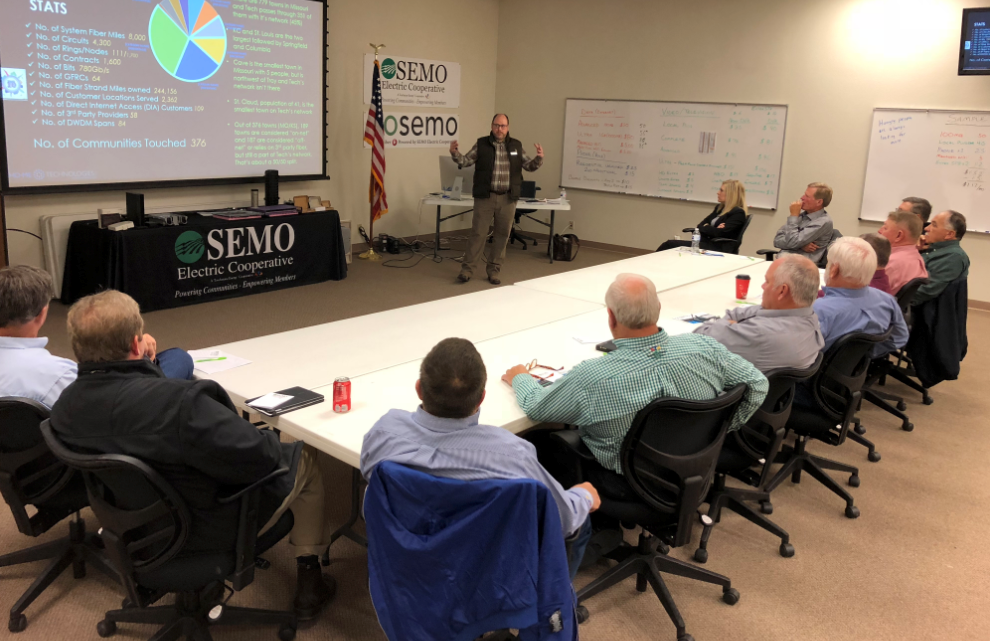